Which is worse anxiety or depression?

If someone were to ask me if I could choose between my anxiety and depression, I would have to answer that I would much prefer to be depressed.  Anxiety for me was so much harder to cope with.  It’s that feeling you get when you are stepping off a pavement or walking along and slip or trip and suddenly find the ground rushing up to meet you, But instead of lasting 5 seconds the feeling lasts months on end.

I was so stressed

I spent so much time, obsessing! About my work commitments, my children, my marriage, my housekeeping, finances, friends, health; expending huge amounts of energy trying to meet the needs (as I perceived them) of others, I had effectively scheduled myself out of my own life.  After a while I started to become convinced that all this stress was going to give me cancer, or a heart attack or a mental breakdown and that I was sure to die young.

I had bouts of anxiety

Over the following weeks and months I was to go through bouts of anxiety. And coupled with depression it nearly drove me round the twist!  Just when I thought I was safe and that everything was going to be ok, anxiety would rear its ugly, snarling, spitting, frightening head and threaten my sense of well-being and sanity.

I was exhausted all the time

Then followed the chronic relentless fatigue and I couldn’t tell if the tiredness I felt was more mental tiredness, or was I just physically tired? Night time didn’t bring reprieve, no matter how exhausted I felt.  I could not sleep, it was like having a movie projector showing me a combination of my worst fears being realised and the stresses of the day, playing over and over again in my head until I was sure I was going mad or having a breakdown of some sort.  When I did manage to fall asleep I would be jerked awake by nightmares.   My heart would be beating out of my chest, every muscle in my body ached, nights were punctuated by a restless half-awake-half-asleep slumber, my days filled with constant worry.  The anxiety constantly bubbling away in my stomach.

A glass of wine did wonders

Now, I never considered myself much of a drinker  per se, but in the end found a glass of wine a great antidote against my anxiety.  At first it “took the edge off”, gave me energy, lifted my mood, helped me relax and even helped me sleep.  Soon the glass of wine became 2, then 3 and before I knew it, it became a bottle. I seemed to need more and more of the stuff as time went on to get the same effect.  And while it helped at first; the anxiety always came back, and when it came back it did so with a vengeance.  Not to mention also being the proverbial slippery slope towards problem drinking. It served only to compound the existing problem and in itself was starting to affect my personal and professional life, amplifying my anxiety even further.

I had a full blown anxiety attack

Over time the anxiety become worse and worse until I experienced a full blown anxiety attack.

The first time this happened was on my daily commute to work in Cork.  As I approached the first round-about I suddenly felt sheer panic consume me, my heart beating wildly out of my chest. With a white knuckled grip on the steering wheel the sheer panic rising with every car that proceeded in turn onto the round-about, my breathing became short and erratic, the sensation of pins and needles ran down the length of both arms and lower jaw, I wanted to jump out of the car and run for help,

I ‘m going to die

I felt trapped, akin to the same feeling one gets when jumping off the high diving board at the local swimming pool.  “Dear God! It’s finally happening! I am having a heart attack! I am having a heart attack and I’m going to crash the car and kill someone, I’m going to die”.  But of course I didn’t die, I got through the round-about telling myself to breath, to concentrate and to hang on. I knew that something was very wrong and that I was in serious trouble, I felt as though my life was unravelling before my eyes.  I needed to get to my office and ring my GP and tell my boss I needed to go home.

That same afternoon after the worst of the attack had subsided, I drove home and found myself in my doctor’s office later that afternoon telling her what had happened.  It was like a flood gate had being opened and I broke down crying, telling her everything and asked her what the hell was wrong with me?  She told me that I had had an anxiety attack and reassured me that I was going to be ok.  She gave me a prescription for Xanax and told me to take one and get some rest, she also sent a referral letter to Adult Mental Health and I received an appointment letter from them the following day

I was self-medicating with alcohol

At my mental health appointment I told the psychiatrist that my life was “simply not working!”  That my anxiety was making me miserable and my life was becoming intolerable, and something needed to be done!  I admitted to her that I was self-medicating with alcohol.  I was referred to see an addiction councillor which shocked me, I mean, was I an alcoholic?!  I was diagnosed with severe depression and anxiety and prescribed medication, and told not to mix my medication with alcohol and told to attend mental health on a weekly basis at first so I could be monitored.

Anxiety can be both frightening and debilitating for even the strongest amongst us, but with the right support from Adult Mental Health, your GP and organisations like Aware we can find a way to manage and work through its effects on our daily lives.

Should this life sometimes deceive you,

On a gloomy day, be humble:

Have faith – cheerful days will come!

The heart lives in the future,

But everything is transient, and passes;

When it passes, it will be dear!

Southlady’s story shows how it is important it is, to understand the reasons why you may be drinking too much. By tackling the reasons you are drinking too much, rather than blaming yourself you are more likely to be successful in managing your drinking. You might find our Janus course useful for identifying your reasons for drinking. Click here for details. 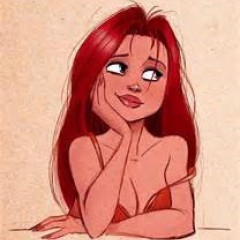 Southlady was born in 1973, the youngest of 4 children, she immigrated to Ireland in 1999 after marrying a Co. Mayo man. After many years working as a Computer and Life Skills Trainer she currently works as a stay at home mum to 3 very busy children. When she is not child-wrangling and wrestling the TV remote off her button-happy husband, she spends her time writing her book.