I was never a heavy drinker. I did not drink too much. Or at least like us all, I did not  consider myself to have a problem with alcohol.

My Father was a heavy drinker

My father was a heavy drinker, although, he never admitted it. He drank occasionally, as he liked to put it. Every Sunday. Sometimes during the week after a long and tough day at work. He drank at every holiday and celebration like New Year’s Eve, Christmas and Hanukah. Not that we as a family were religious at all.

Every social occasion was an excuse to drink

My Father drank at every birthday of every friend.  Every anniversary, after a trip to a theatre or a cinema.He drank  during his  day off, when watching TV or going out with friends.  So basically he drank almost every 2-3 days. It was always a matter of social drinking.  Later in his life  my Father discovered some health problems associated with his drinking habits  and had to make a conscious choice to stop.

My Grandfather was worse

My Father’s Father, my grandfather was worse. He drank every day after work and during the whole day at weekends. He worked as a craftsman at a large factory.  He had hands worth gold as they said. He died at 55, his heart just stopped.

I was raised in alcohol

Whenever any of us kids had birthdays, the parents would organise cake, some snacks and alcohol free champagne. The alcohol environment is the environment I was raised in. Alcohol was and is in some cases  still  associated with adulthood. It’s being cool, being a grown-up. It is the norm in Western society, and it is definitely a norm in Irish society, where I now live.

I made a decision

So there came a time when I thought about starting a family.  I realised that not I nor the history of my own family will be able to set a good example.  Something had to change. So I made a decision. It was not a New Year’s resolution or a Monday when I stopped drinking. It just kind of happened. I started saying no. It felt easy, logical and good.

By saying no to alcohol, I said yes to me

And by saying no to alcohol I said yes to me. Yes to raising my children in an alcohol free environment, being a positive Mother and leading by example.

If you would like to know whether your drinking could be causing you problems, try out our free Sofun course. 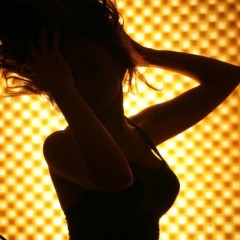 Happily married young mom and a lawyer, immigrated to Ireland in 2009. Strong human rights advocate, humanist and environmentalist. I enjoy family walks with my two Labradors in the woods with a busy baby girl in a sling. I live by a motto: a change starts with you!"