Staying sober by moving the couch ?

Sounds strange I know, I mean come on what’s your couch or any other furniture in your house got to do with staying sober or  drinking too much alcohol?

But I found moving furniture and changing around my home one of the best little secrets to staying sober. Many people say things like

“get a new hobby,

go back to school or

now all these things are fantastic ideas and should definitely be looked into.

The reality is though that if looking after children or caring for an elderly parent we spend a lot of time in our homes.

You do the same thing every day

Where ever you spend a lot of time, you tend to develop regular habits and a routine.

Every morning after you wake up you probably do the same thing every day for at least the first hour. For me the, alarm goes off, I have a flick through Facebook, loo, medication, shower, dressed, teeth, breakfast, coffee, get my son off to school. As I start working from home I hope my husband (who’s a farmer) doesn’t keep coming in and out and annoying me!

Now almost all of this is done, by my subconscious. I just do it out of habit and routine, it probably wouldn’t matter if I wasn’t properly awake, I would still follow the same pattern.

What if you tried backways?

Certain routines are done in the same way.  Even cleaning the house….just take a look at your own routines…say cleaning your kitchen. Do you clear the table, wipe the counters, load the dishwasher then sweep the floor? What do you think would happen if you tried to do it backways? It would probably drive you crazy and you would have to use a lot of energy to keep focused on doing it backways.

Use your knife and fork in opposite hands

“I keep forgetting to do it!” and

“OMG this is harder than it sounded!”

These types of patterns are also true when it comes to drinking. Very often drinking too much is a habit, so staying sober or reducing your drinking means creating new habits

I always drank at home

I always drank at home.  My routine included my fix of alcohol to get me through the day.  I didn’t drink every day but when I drank….I drank to get drunk. So when it came to getting off the drink I was in trouble.

I began attending a mental health group with trained facilitators.  So I started to learn coping skills from other people and the facilitators about how to alter your thought patterns and change habits. It was suggested I take my drinking problem and “put it away” for a while, it was also recommended that I stop calling myself an alcoholic as I was a person, not a symptom.

I had to relearn habits

So I had to relearn habits, I had developed over the 10 years of my alcohol rehab treatments.   I realised getting up in the morning and getting on my knees to pray did not work for me, despite what I had been told. The Mental Health group suggested that I get up and take control of my own day. To start the day in a positive empowering way by repeating

“today is my day and I’m going to make it a great one”.

This was really hard to believe at first but as time went on it got better and more believable.

They also suggested that I move things around in my home so I would be “forced” to look at things in a different way.

Out went sitting at the table

So out went sitting at the table, looking out  the window with a drink.  I sat on a different soft chair, at the coffee table and a pile of books near the window.   I made sure I was comfortable and had something to read.

I also rearranged my countertops, microwave, kettle and other appliances putting them into different places. So when I went into “subconscious mode” I had no choice but to “reboot my thinking” and to do things differently. This in turn reminded me that I was changing my patterns and developing new habits.

I never got a compulsion to drink while sitting there

I never sat on the soft chair with a book when I was drinking.  So I never got a compulsion to drink while sitting there.  I started to realise that if I did things in a different way it blocked old habits and then dampened compulsions to drink.

I didn’t have to do anything drastic like build an extension on the house, it was very subtle changes. Things like moving our bed around, painting the room and adding nice things.  This changed the “mood” in the room as previously I was often drunk or hungover in the bedroom.

“if I didn’t live here I would be able to stop drinking”. 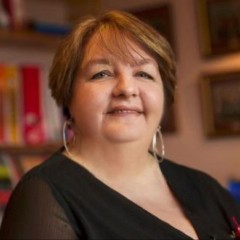 Valerie is passionate about helping people with alcohol abuse problems and has gone public on her own problems with alcohol appearing on TV and radio. She founded Valeriefarragher.com a support service which provides services in Co. Mayo. She is the author of the book “Come back when you’re sober”. Valerie is the voice of Lifewise and ensures all our content and materials are relevant and interesting for all of our clients.