Over the weekend I stumbled across a news story about a  binge drink session  ending badly. It was a Facebook post from a Mother of a 15 year old daughter in the United States. Her daughter had ended up in a 14 hour coma  from alcohol poisoning. Thankfully as of now she is expected to make a full recovery.(Editor’s note We’re not linking to it ,as it’s not clear if daughter gave her permission for her story to be shared)

The Mother was trying to help other Mothers

The Mother posted pictures of her daughter lying in her hospital bed, and described the whole incident in an attempt to raise awareness. The Mother was grateful an acquaintance of her daughter had managed to track her down and help seek medical treatment on time, essentially saving the girls life. The Mother was trying to emphasise how fear of getting in trouble should not hold other teenagers back if their friends are ever in similar situations, as it could be a life or death matter.

Why is it always Mother’s who warn?

I don’t ever remember seeing viral posts like that when I was in school. Maybe Bebo just wasn’t the right platform for posts like this to go viral, or maybe parents just hadn’t signed up to social networking yet. In the past few years though, I’ve seen multiple pleas from parents to think twice in relation to drugs and alcohol. Yesterday however, I realised that I have never seen a post like this where the child in question is male. Neither have I seen a post like this coming from a father. The exact circumstances and outcomes may change, but the common denominator is always mothers posting about their daughters ordeals.

A quick Google search revealed to me that;

I did learn that women process alcohol at a much slower rate than men, which may indicate why I never hear similar stories involving male counterparts. What did strike me about this particular post was that the Mother was more concerned with ensuring children know to seek help when they’re out on a binge drink session, rather than not to binge drink at all.

We were never told how to drink to minimise harm

I went to an all-girls school, so there was never a need to indicate that alcohol would affect me more than my male peers.  My alcohol education revolved around reiterating the fact that alcohol is bad. It destroys my brain, causes permanent liver damage and other bodily harm and binge drinking for women is 3-4 units in one setting. (Editor’s note, We’ve now switched to standard drinks, click here for more details)

Never was a conversation facilitated around the reasons why people drink and how to drink to minimise harm.  Don’t get me wrong – I’m not saying we should be encouraging underage drinking. Everyone seems to think that it is inevitable though. Instead of biased scare tactics as a feeble attempt to dissuade, why not empower teenagers by  fully disclosing both the pros and cons of alcohol?

It’s not at all credible hearing how “drinking is bad” and simply “don’t drink” when it’s coming from teachers and parents who drink themselves. At some point alcohol is going to be an eager experiment to try, and everyone seems to know it.  The current tactics are clearly not working so why keep repeating them and hoping for different results?

Teenagers are not idiots

Teenagers (for the most part) aren’t idiots. If alcohol really was as bad as all these figures of authority are making out to be, why is it legal and easily accessible?  Underestimating their ability to make informed decisions is insulting, and not exactly fostering trust.  Instead of forbidding drinking when it seems to be considered inevitable, why not fully educate and give teenagers the tools to drink responsibly if and when they choose to do so? It’s a lot easier to do something when it’s for your own reasons rather than for someone else’s opinion inflicted upon you. So even if underage drinking still occurs, it might at least minimise the damage.

If you’d like to know more about reducing the harm from  binge drinking, try out our top tips to reduce alcohol harm course. It’s totally free. Click here for details.

Do we need to be concerned about young people’s drinking? 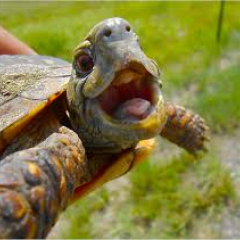 Limited edition millennial currently trying to figure out her life purpose. Hobbies include exercising, eating and trying to resist the allure of tequila.